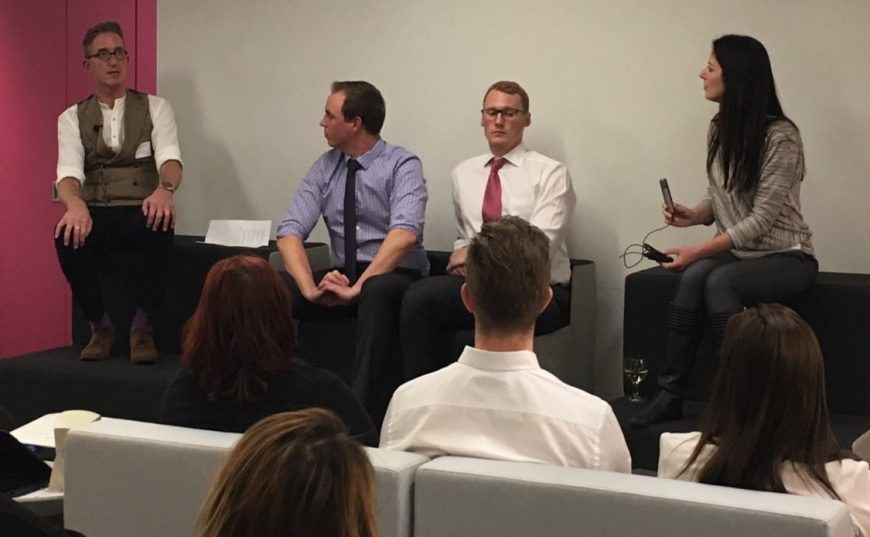 In May 2016, the Regional Municipality of Wood Buffalo (RMWB) was hit with a wildfire, which resulted in the largest insured disaster in Canadian history.  More than 90,000 individuals were evacuated from the City of Fort McMurray and were not able to return for a month.

Jordan Redshaw and Robin Smith from the RMWB and Diane Bégin from APEX PR / ruckus Digital speak about their experiences on the ground in a panel moderated by managing partner Ken Evans at our third ruckus makers.

Introduction to the crisis

END_OF_DOCUMENT_TOKEN_TO_BE_REPLACED 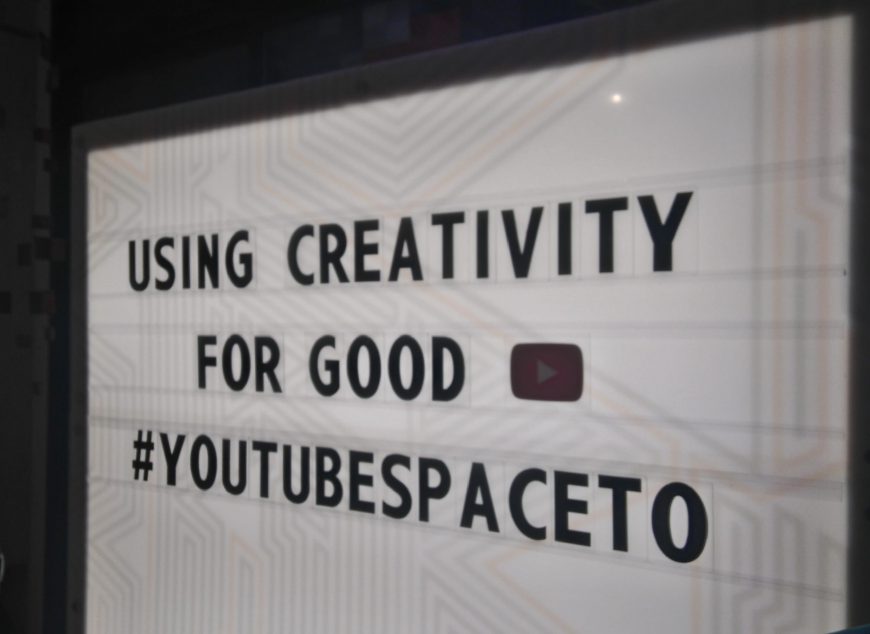 Creating great content isn’t an exact science. At a recent event hosted by Rethink at the YouTube space in Toronto, the panel (featuring Alison Lawler-Dean, Rethink’s VP of Marketing and Communications) discussed how content is developed from various perspectives.

In addition to how a non-profit like Rethink approaches the concept, Lawler-Dean was joined by fellow panelists that included agency heads and a YouTube creator.

So where do good content ideas come from? There are underlying threads behind every strategy and each piece of content must demonstrate the following:

Dimitri Bariamis is an consultant at ruckus Digital. Need help with your content? Drop us a line.

END_OF_DOCUMENT_TOKEN_TO_BE_REPLACED 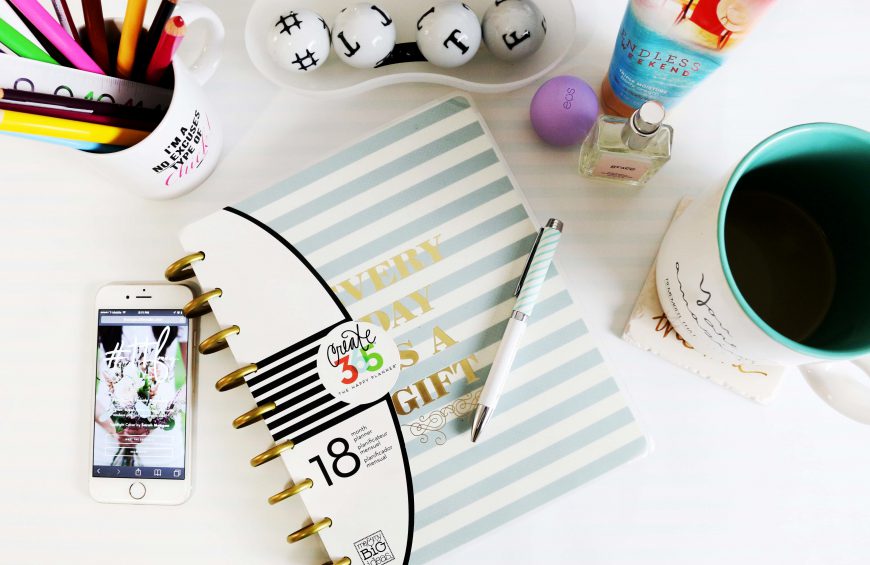 While some digital marketers are still debating the definition and value of “social influencers,” others are incorporating them into brand campaigns, using their expertise and audience to get a few more (relevant) eyes on a product or service.

Recently, I’ve started working closely with a bad-ass group of influencers that have dominated the blogosphere for quite some time – mommy bloggers.

After working with several of these lovely ladies on a few different campaigns, I’ve learned a few things that (I think) are worth sharing.

The more info you can give the better

When you’re prepping a blogger on a campaign, the more background information you can provide the better. Yes, they are in creative control of the content produced, whether a blog post or social image, however if you can provide tips on what a client loves to see (or prefers to avoid) you ensure the success of the content on all fronts – you, your client and the blogger are happy with the result.

Building long term professional relationships is key, and it’s no different when you’re working with bloggers. Not only does it make sense to build ambassadors of a brand that are truly into the product or service, the content can flow more easily across campaigns and channels when it’s not a one-off post.

Measurement is a whole lot easier if you set actionable goals. Rather than impression estimates, why not count how many people responded to a call-to-action – commented on a post, entered a contest, bought a product etc., etc. – and determine the success of a program based on those results. This provides a benchmark for bloggers to work towards and for clients to understand the success (or failure) of a campaign.

Put some paid media behind your stuff

Blog campaigns take a lot of work – so it makes sense to arrange for some paid media behind the post. The budgets don’t need to be huge, and you’ll want to focus your efforts where your target audience is hanging out, but overall paid posts will help you get more out of the awesome content you’re creating.

Sarah Rogers is an account coordinator at ruckus Digital. Need help with your influencer strategy? Drop us a line.

END_OF_DOCUMENT_TOKEN_TO_BE_REPLACED 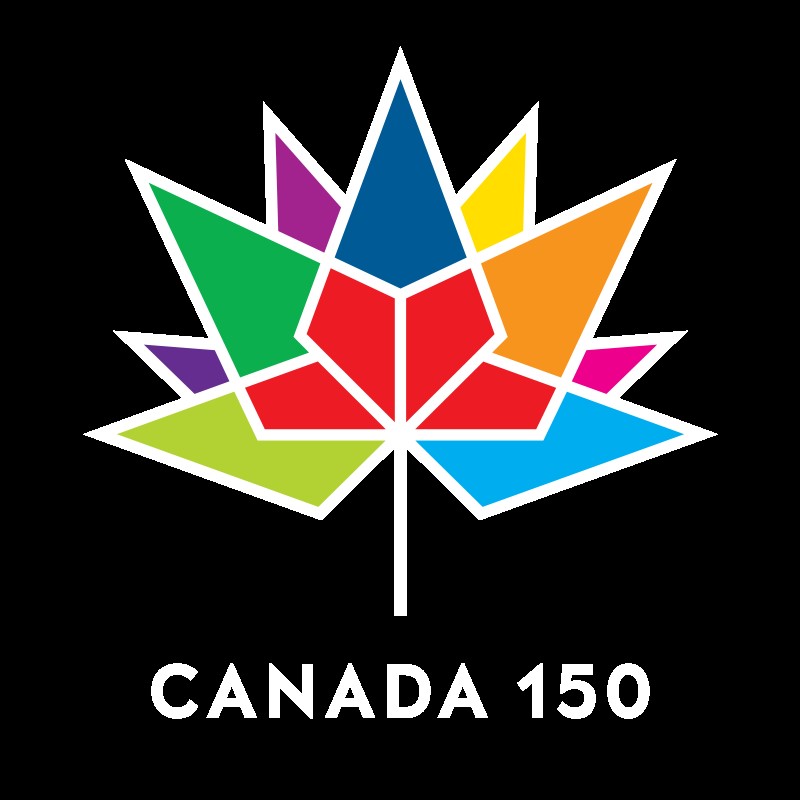 In the pre-internet days, TV spots and brochures were really how I remember Canada shared its ideas about how to celebrate.

At ruckus, we’ve been working with clients for some time planning how they will take part.

It will be a crowded space this year – as it should be as every individual and every organization in this country is part of the #Canada150 story.

There are official @Canada150th Signature Projects, Community Projects and then a whole bunch more.

So what #Canada150 projects excite you? Tell us on Twitter.

END_OF_DOCUMENT_TOKEN_TO_BE_REPLACED 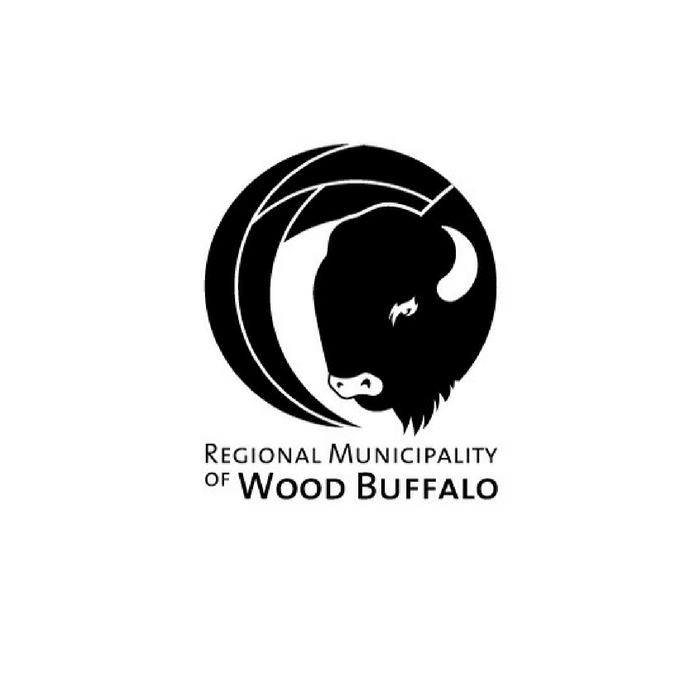 Last month, Jordan Redshaw and Robin Smith from the Regional Municipality of Wood Buffalo (RMWB) made our third ruckus makers speakers series one to remember.

In May, the largest insured disaster in Canadian history struck. The RMWB, including the city of Fort McMurray, was hit by a wildfire. More than 90,000 individuals were evacuated from the city and were not able to return for a month.

Communication was essential in providing residents with accurate and timely information via social media so that residents remained safe.

END_OF_DOCUMENT_TOKEN_TO_BE_REPLACED 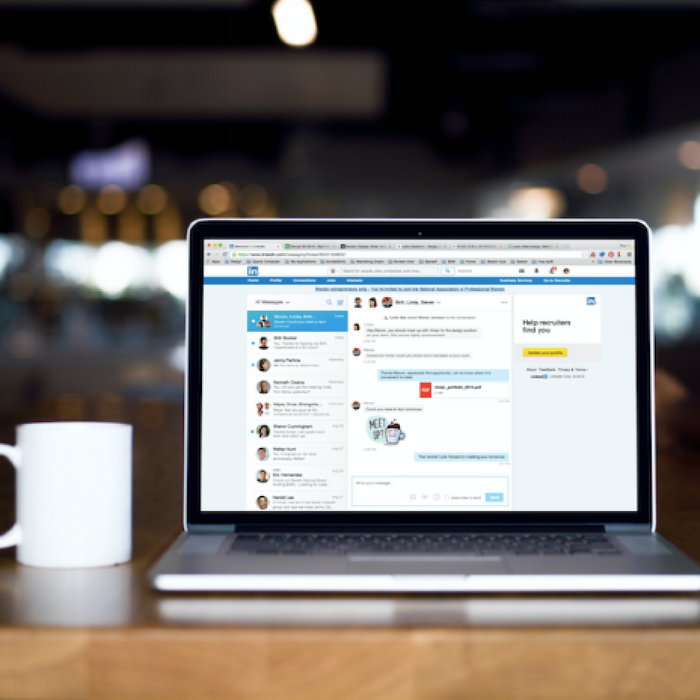 13 Tips for your LinkedIn Profile

LinkedIn is the world’s largest professional network with more than 467 million registered users. In Canada there are 13+ million users (around a third of the population).

But, just because folks have a LinkedIn profile, doesn’t mean they’re using the platform effectively.

And, given that LinkedIn is 3 times more effective than Facebook or Twitter for generating leads, combined with Microsoft’s purchase of the platform this year (expect more integration with your day-to-day Microsoft software), it’s a good idea to revisit your presence there.

Below are a few tips that were shared in a webinar with client RSA Canada last week, to help maximize your LinkedIn presence:

END_OF_DOCUMENT_TOKEN_TO_BE_REPLACED

Last night I headed to Brainstation Toronto – a tech education hub – for my first #InstaMeetTO.

The event brings together social enthusiasts from across the city, all equally eager to curate an amazing Insta feed. With a stacked panel of artists and brand managers, there was sure to be a ton of insights.

While a lot of great advice was given, from my perspective (as an account coordinator working on the social for several consumer brands), three important Instagram tidbits were confirmed.

Audience size is a KPI that most clients want to tackle (Grow our followers please!). However, there is something to be said about a smaller but highly engaged audience versus a massive following that cares little about your brand. Follower growth isn’t something that comes quickly either. But with a clear vision, great content and a little collaboration (with partners, brand ambassadors/influencers, etc.) the following will come.

Move over Snapchat (sort of).

Brands can (and should) leverage Instagram Stories. From behind the scenes shots, to event announcements, to giveaways, to those not so great (but still good) visuals, Instagram Stories offer a more flexible space to post content that doesn’t quite fit the feed. Audiences aren’t expecting perfection on Stories, so brands can have some fun while reaching a larger audience (don’t forget those people creeping around the Explore section).

END_OF_DOCUMENT_TOKEN_TO_BE_REPLACED 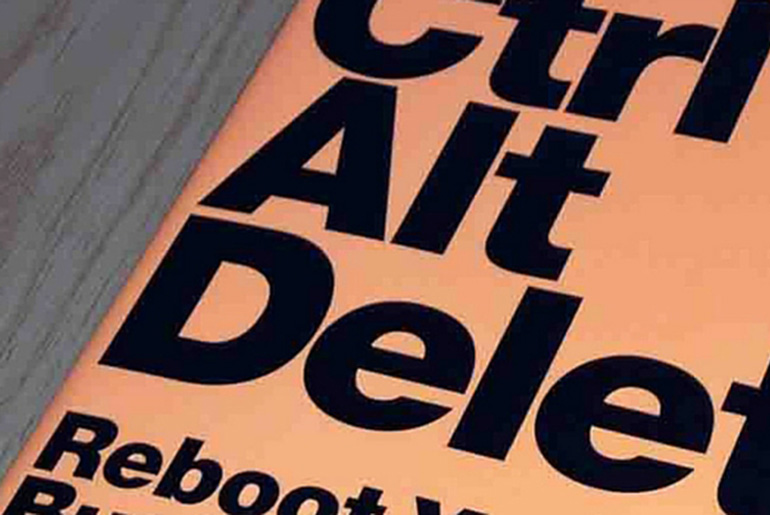 Reboot the way you conduct business

Last week, my University of Toronto #digitaledu colleague Donna Papacosta hosted Six Pixels of Separation and Ctrl Alt Delete author Mitch Joel for a chat about technology’s ubiquity evolving consumer behaviour, which ultimately shapes the way we should do business.

He said that while a few years ago we may have wondered why our fridges should be connected to the internet, whereas now many individuals are saying “why not?”

He also offered the following four areas all organizations should be considering in their transformations:

More highlights from the evening (via Donna Papacosta)

END_OF_DOCUMENT_TOKEN_TO_BE_REPLACED 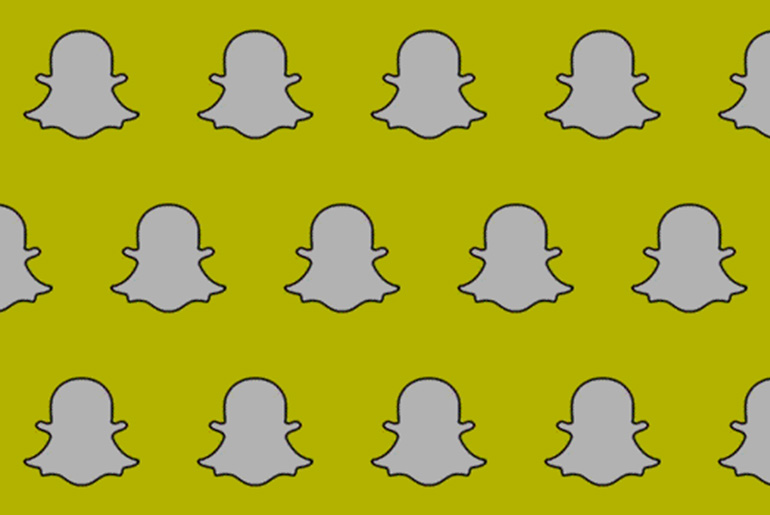 Should your brand be on Snapchat?

The answer is a resounding… it depends.

Like with any other social media platform, or any other element in your marketing mix, it’s important to understand the platform before making the decision to join a platform or now.

Let’s avoid general “advice” and instead review the basics of Snapchat so you have a few things to think about when deciding if Snapchat is the right choice for your brand or not.

Since its release in 2011, Snapchat has been heavily dismissed by marketers, being referred to as an “app for tweens”. The marketing potential of Snapchat wasn’t seriously considered.

Today, Snapchat is not only continuing to thrive, but it’s also become a strong contender in the social media landscape. With over 100 million daily active users, Snapchat now has over 8 billion video views each day. This last stat positions Snapchat aggressively against Facebook’s video viewership, which achieved 8 billion daily video views in November 2015.

Actually, not really. Although there is a large user base in the 13-17-year-old segment, over 50% of Snapchat users are over 25 years old. DJ Khaled, Snapchat’s breakout star, is 40 years old.

Snapchat’s user base is more widespread than naysayers will have you believe. Consider the customer segment you are attempting to target with your marketing efforts and if they overlap with Snapchat’s actively engaged audience.

Yes, it’s true that Snapchat videos can only be a maximum of 10-seconds, however, you can post multiple photos + images. Users spend on average 30 minutes per day on Snapchat, making it one of the most engaged platforms available.

Snapchat has more than proven that its staying power and ability to effectively engage users on a regular basis. Still… this doesn’t mean that you should or shouldn’t add Snapchat to your marketing mix. But look at the stats, review your brand’s strategic objectives, and explore Snapchat for yourself. I’m sure you’ll make the right decision.

As with other social media platforms, deciding to invest resources in Snapchat should be dependant on your content strategy, target demographics, and a host of other factors – and not anecdotal rhetoric about the platform. But you know that.

In the words of Snapchat’s biggest star, you smart.

If you are on Snapchat, make sure to add ruckus digital

END_OF_DOCUMENT_TOKEN_TO_BE_REPLACED 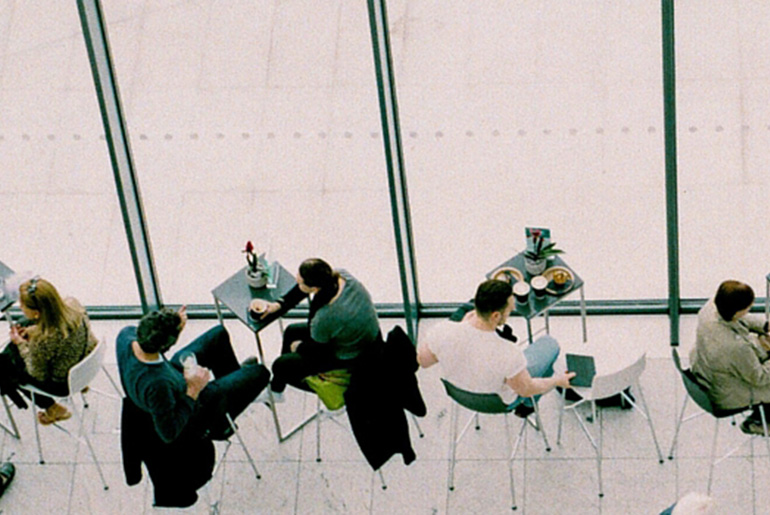 Stop ‘networking’ – Do something you enjoy instead

Do a quick Google News search for networking and you’ll find ‘About 27,800,000 results’ – everything from how-to features with tips and suggestions, clickbait warning about the ’10 worst networking fails you might already be doing’ to articles on why it’s the most (or least) important element that you should (or shouldn’t) care about.

I’ve always had some trepidation with the word “networking.” It conjures up scenarios in my mind best described as a business equivalent of a rom-com speed-dating montage. That’s why I don’t do it – I just do things I’m interested in.

Earlier this week I attended an event for volunteers and supporters of the 5 To Watch awards that recognize leaders in the Canadian sports business and raise funds for the George Brown College Foundation. To date, they’ve raised $150,000 for student awards and bursaries.

This is how I’ve met like-minded individuals and forged relationships – through shared contributions. This could be anything from volunteering for a cause you’re passionate about, joining a beer league softball team of people you don’t know, neighbourhood clean-up days, or taking a personal interest course. Many employers (including ruckus and our sister agency APEX PR) encourage employees to do this, offering paid time off for volunteering and support for professional development.

So stop trying to network – and start doing more of what you enjoy.